I am an outdoor girl at heart and adventurous in spirit, loving nothing more than being out under the vast open skies watching a beautiful aurora or sitting by a campfire in the remote African bush, listening to lions roaring nearby.

Northern light and wildlife photography are my particular areas of passion. 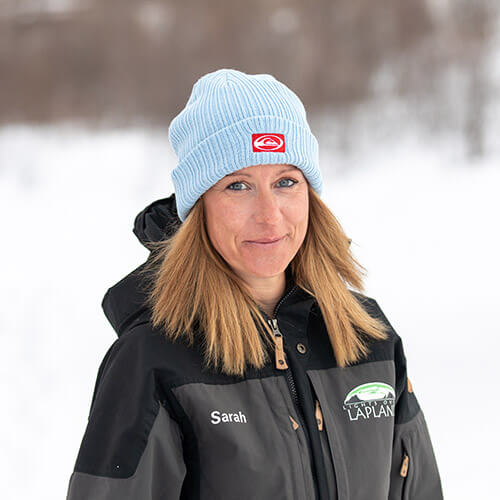 Together with my adventure-loving husband Andy my photography has taken me far and wide across the globe in search of photographic moments that capture the beauty of the natural world. With which I have somewhat of a love affair with.

I am a self confessed northern light addict, never tiring of it as it continues to captivate and surprise me with it’s beauty and ever changing shapes and colours. With experience of photographing the northern lights in Iceland, Sweden and Canada. As well as to Svalbard to photograph the arctic wildlife and spectacular landscapes.

When not ‘chasing the lights’ my photographic (and often wild!) adventures take me elsewhere, including frequently to Africa. With over forty trips to date to this magnificent continent in the last ten years and numerous previous trips to India, North America, Canada, Australia and Europe to photograph the endemic wildlife.

I am also a qualified and registered FGASA Level 1 South African Field Guide and have worked on several African wildlife research projects. In addition to working as a ‘wildlife spotter’ for the Disney Nature film production ‘African Cats’. I also guide in Kenya’s world famous Maasai Mara Game Reserve.

I was delighted this year to have my photographic work awarded in the prestigious 2015 Natures Best Photographic Competition and I have had images published in BBC Wildlife Magazine, The Telegraph, The Times, and other national press and online publications. As well as images featured in wildlife feature film documentaries, such as ‘When Giants Fall’.

In 2017 I was proud to be awarded the overall winner in the mammals category in the GDT European Wildlife Photographer of the Year award. One of the largest and most respected photographic competitions the world. The image ‘In the Footsteps of Giants’ was taken in Botswan

I am certainly excited to be returning back to the winter wonderland of Abisko for the season and being welcomed back under the aurora filled skies. Needless to say I am also delighted to be working within such a great team at Lights over Lapland.

I look forward to sharing my passion for the northern lights with you and to welcoming you to this beautiful area and spectacular skies. Ensuring you have a great experience and most importantly leave with some memorable images of the Aurora Borealis!

Visit Sarah’s website
In 2017 I was proud to be awarded the overall winner in the mammals category in the GDT European Wildlife Photographer of the Year award. One of the largest and most respected photographic competitions the world. The image ‘In the Footsteps of Giants’ was taken in Botswan.