Lights Over Lapland & www.spaceweather.com a match made in stratosphere!

During the final week in January 2020, Dr. Tony Phillips, the founder of www.spaceweather.com traveled to Abisko National Park to spend a week with the Lights Over Lapland team! During our time together we chased the northern lights, enjoyed in depth discussions about the current solar cycle & the ongoing transition to solar cycle 25, assisted Dr. Phillips and his team of young scientists from Earth to Sky Calculus with the launch of two balloons carrying scientific instruments and cameras into the stratosphere, and we enjoyed the thrill of searching for & recovering the payloads several hundred kilometres away. 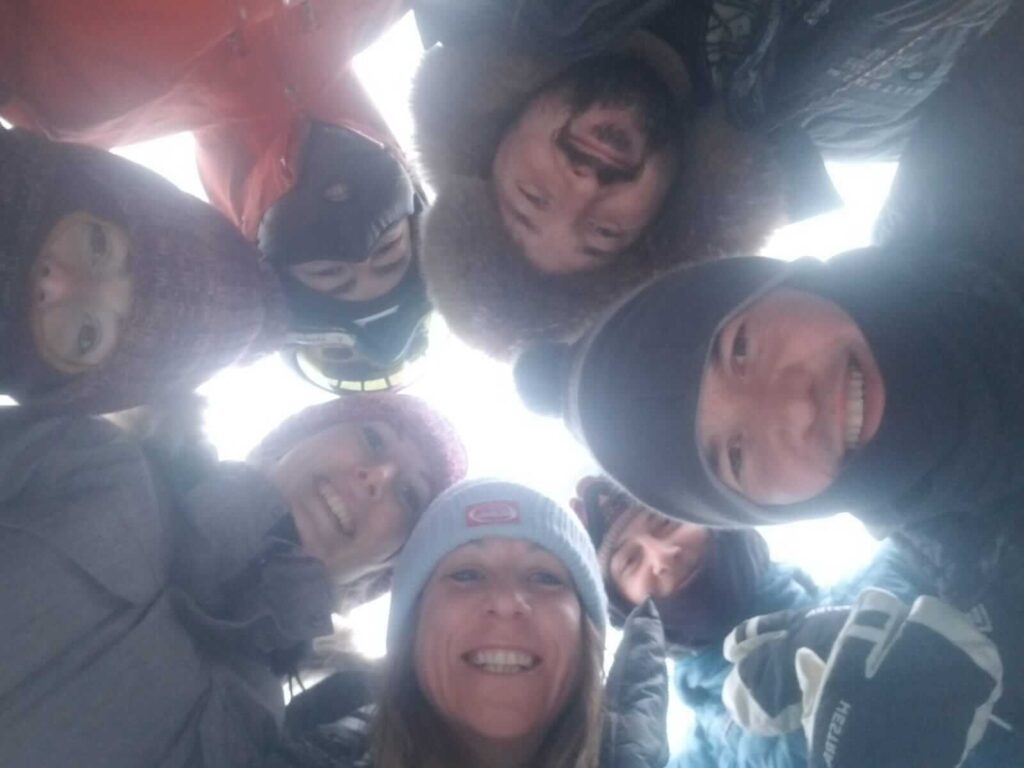 You may be wondering why one of the worlds most respected astrophysisists would come to Abisko? The answer is simple:

Lights Over Lapland and www.spaceweather.com have a decade long history of working together. This partnership was born from our focus on offering top quality adventures in one of the best places on Earth to see the auroras, polar stratospheric clouds and a whole host of other phenomenon that can often be seen under the clear skies of Abisko.

As a matter of fact, this is spaceweather.com’s third visit to Abisko National Park and two more trips are already in the early stages of planning. 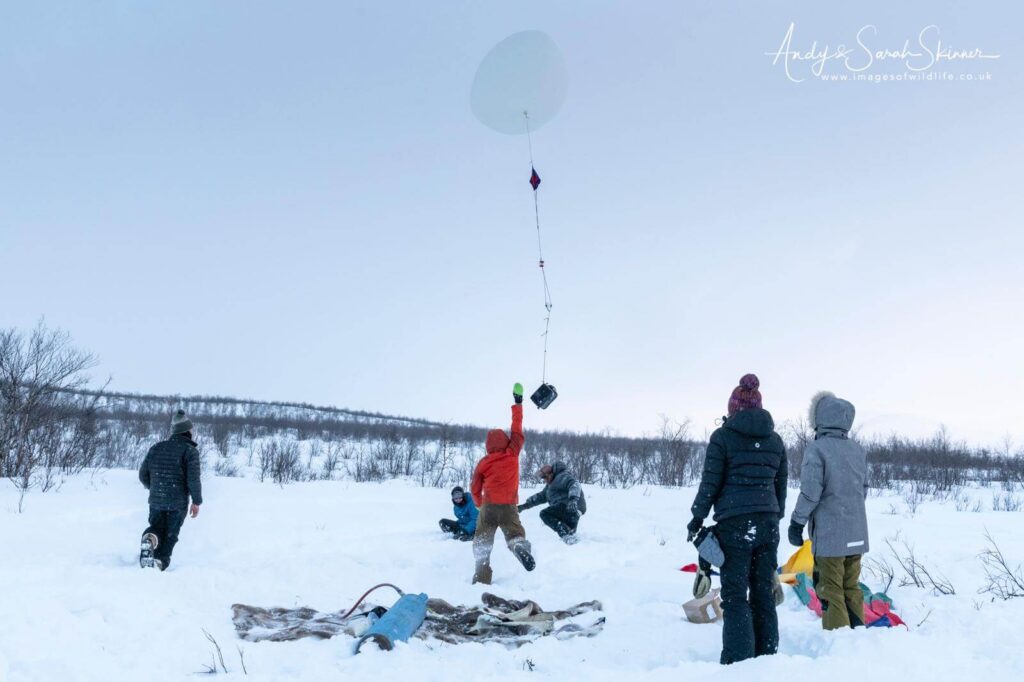 While the spaceweather.com team was in town, they took an opportunity to launch two balloons into the stratosphere to measure radiation in the atmosphere.

This research is designed to help us better understand what is happening high above the Arctic and to get a deeper idea of trends that are happening with the current Solar cycle. In addition to scientific research via radio sensors, the payloads both carried an array of cameras to record the flight.
One of Dr. Phillips’ dreams was to potentially fly a balloon and camera directly into a Polar Stratospheric Cloud or PSC. As luck would have it, a massive outbreak of Polar Stratospheric clouds happened while the spaeweather.com crew was here. Interestingly, we had not seen a PSC for a couple weeks prior to the arrival of the spaceweather.com crew, but a solitary PSC posed through a thin layer of lower level clouds during our first launch giving Dr. Phillips a chance to see this phenomenon with his own eyes for the very first time. Sadly, the cameras did not manage to fly directly through the clouds but they did capture some incredible images of the PSC’s at a very high altitude. While unconfirmed, we believe that this may be the first time in human history that an outbreak of PSC’s has been captured in tis way. You can see a film from the launch, flight and descent back to Earth below:

The Polar Stratospheric Cloud sightings did not stop there: During the next few days the outbreak grew in intensity and provided one of the top three displays we have ever seen during our decade of photographing PSCs 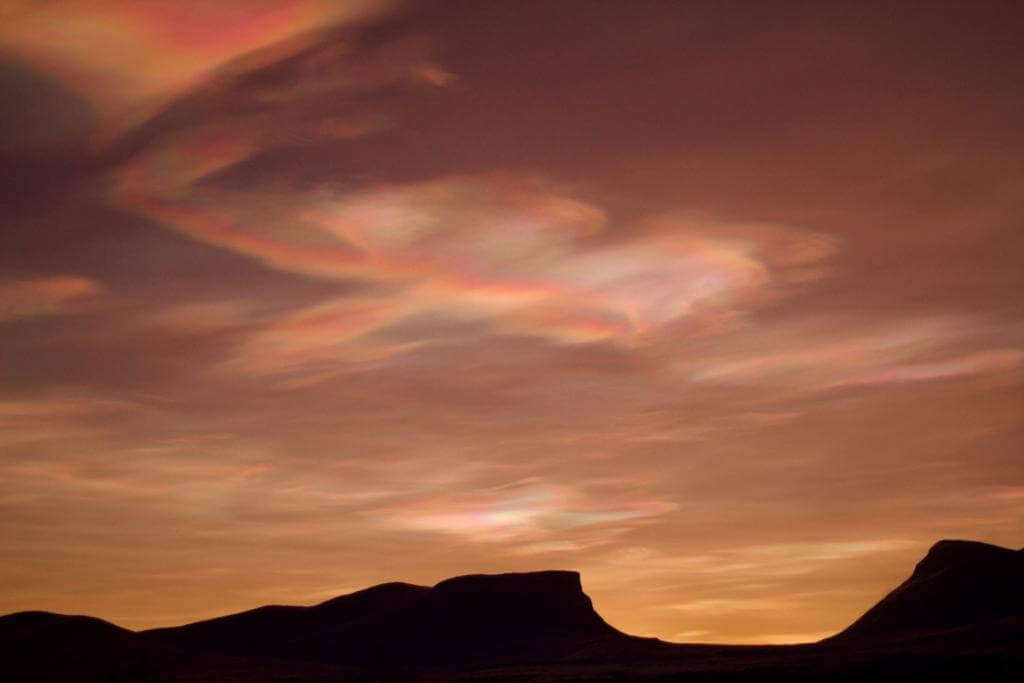 In addition to all the beautiful cloud sightings, the northern lights were spotted four out of the five nights that the crew was here. We all thoroughly enjoyed our time under the auroras together and made memories that will last a lifetime! 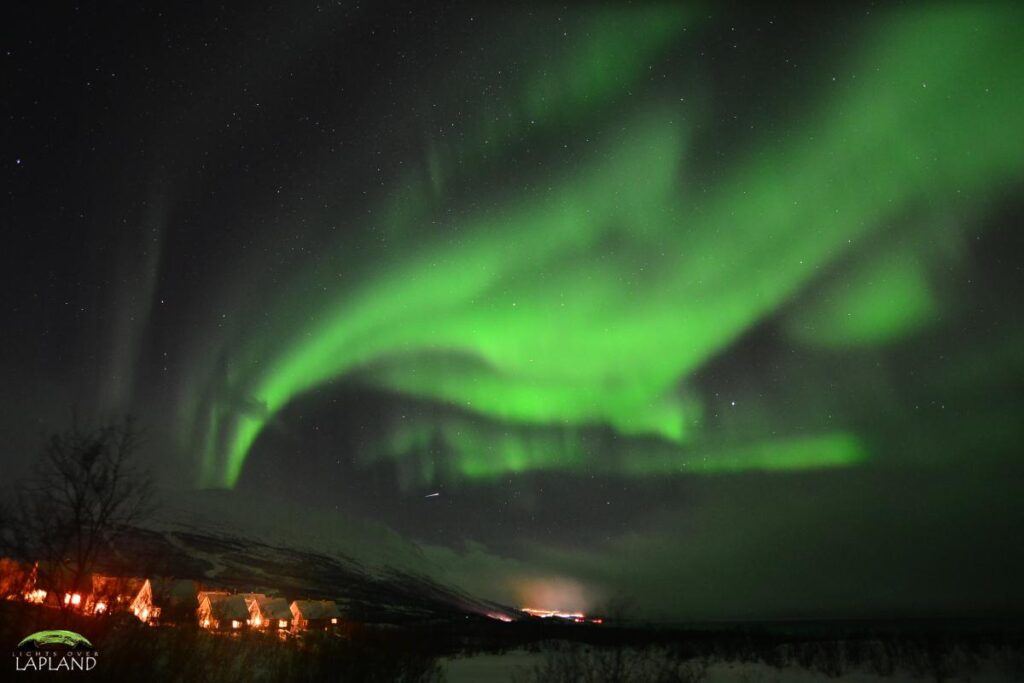 While our largest area of focus was on the balloons, we could not resist the temptation to invite Dr. Phillips to the Lights Over Lapland guide house for an afternoon of training. Dr. Phillips was with our team for several hours and went in to great detail about how the northern lights work, the science behind several different types of auroras, the reasons that Abisko is the best place to see the northern lights during solar minimum and MUCH more. We can honestly say that it was a pleasure to spend this valuable time with Dr. Phillips and we are absolutely confident that this in depth training from the spaceweather.com founder gives the Lights Over Lapland team a unique advantage when compared to any other aurora tour operator in the Abisko region. Please feel free to ask us as many science based questions as you like during your time on our adventures – we will be happy to share as much of their new-found knowledge as possible! 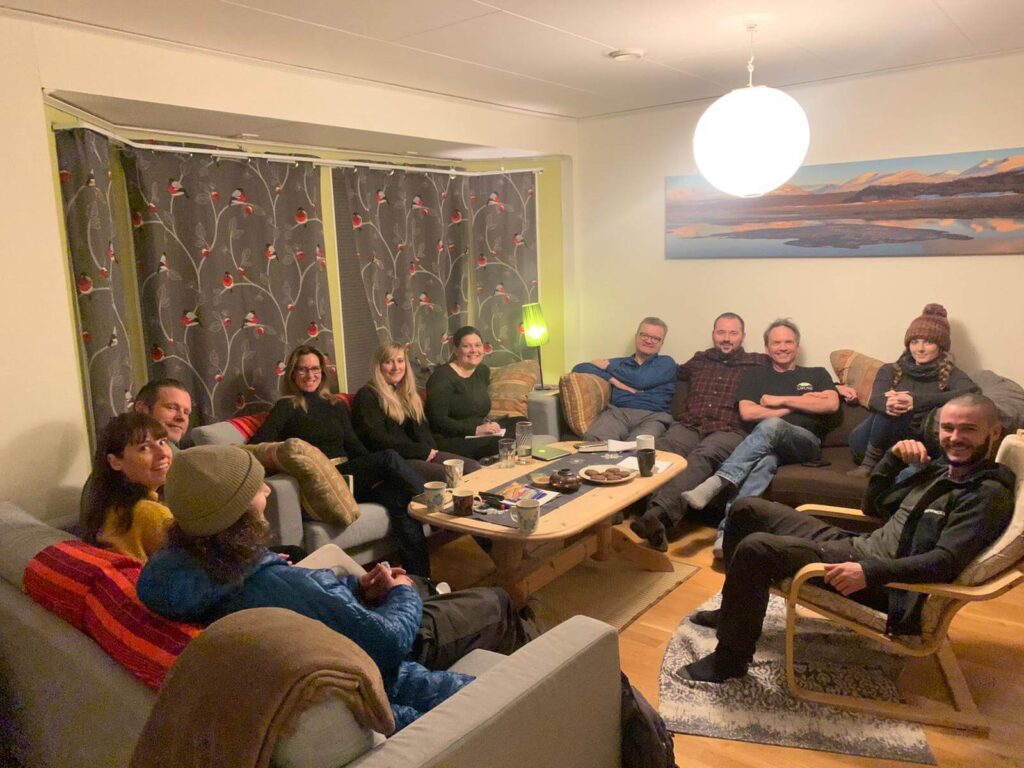 Last but certainly not least, we got an inside look at Dr. Phillips predictions for aurora activity in the near future. Based on our discussions, Dr. Phillips predicts that this season is the bottom of the current Solar minimum and that Solar activity will likely increase very year for the next several seasons as we climb back towards Solar maximum. Based on the fact that every single one of our multi day adventures have provided beautiful aurora sightings this season this can only mean that the current aurora season and future seasons in Abisko are looking very promising! Book your adventure of a lifetime and a chance to see the northern lights with the best team in the business today.

We would like to offer a sincere thank you to our friends at the STF Abisko Turiststation who provide the spaceweather.com team with a lovely cabin, a visit to the Aurora Sky Station and several fantastic meals. We thoroughly enjoyed the hospitality and the food was fantastic!